On Posted on June 27, 2014January 18, 2020 by Denise Bonnaig to Forgiveness, Gratitude, Insights, Spirituality

A Journey to Panna: My Second Vipassana Retreat 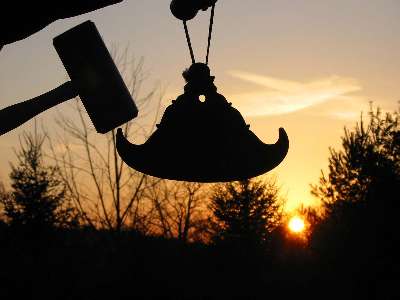 Recently I attended my second 10-day retreat and vow of Noble Silence at the Dhamma Dhara Vipassana Meditation Center in Shelburne Falls, Massachusetts. When I arrived at the center I was greeted with a flood of memories from my first retreat last year and the incredible spiritual journey I experienced with karmic guru SN Goenka (Goenka-ji).

This year was different because Goenka-ji had given up his body not long after my first Vipassana experience last year. Hearing his booming chant, this year, knowing that he was in another dimension, was priceless. He was very much alive and fully present.

From 4 am to 4:30 am, your alarm clock is a gong banged by volunteers who serve. The meditation starts at 4:30 am–we meet in the meditation hall. The day ends at 9:30 p.m. Lights are out at 10 p.m. There are approximately 10 or 11 hours of sitting meditation in complete silence sandwiched in between. At times we heard chanting, but were forbidden from chanting ourselves.

Each day the true treat was the evening discourses delivered by Goenka-ji.

Before the retreat even starts, you have to adopt a certain code of conduct which included 5 strong precepts of the Vipassana technique:

In other words, the senses are not to be indulged at all. For the first 3 days of the retreat, we practiced anapana meditation. The purpose is to tranquilize the mind before embarking on the Vipassana technique on day 4.

Let me tell you what I mean. For example: 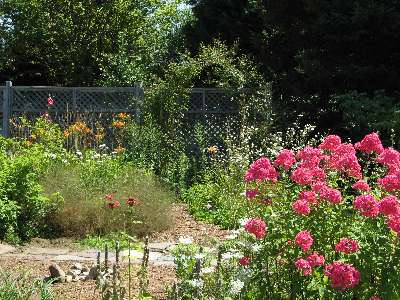 If you can watch sensations come and go, with equanimity (think of a mosquito bite and your urge to scratch it sooo badly), but you know that it will only make it itch more — so you just observe the sensations and don’t scratch it. Because that itch, too, shall pass.

Similarly with your agitating (or itchy) thoughts, you can watch them come and go, without indulging them and being reactive or explosive. You can simply observe them, without attachment or aversion. They will, like clouds, disappear – sometimes those might be storm clouds!

Sitting in the pagoda then, I realized that nothing, and no one, could ever bother me.

As I continued, the connection between mind and body became more apparent. Buddha said, after years of living close to starvation as an ascetic, that one should take care of one’s body. I began to sense the quantum interaction between my mind and the sensations I was feeling in my physical form. My body may have ached from sitting in meditation for hours at a time, but I was determined to keep going, even as I suffered more and more.

Join me next time to discover what happened after day 6!